Break through the blocking point

In recent years, Micro LED display technology has developed rapidly due to its significant advantages, but due to factors such as the immaturity of the technology and cost barriers, there are many obstacles to the large-scale commercialization of Micro LED displays. The quantum dot color conversion technology is a common key technology for Mini/Micro LED, OLED and LCD wide color gamut display. The color conversion scheme is significantly better than the RGB display scheme in terms of transfer difficulty and circuit design, and can achieve lower power consumption and more High yield is also the best way to achieve high-resolution Micro LED full-color display. It is most likely to be the first to realize Micro LED industrialization.

On the basis of this technical solution, the Quantum Dot Color Converter (QDCC) developed by National Star Optoelectronics can accurately and efficiently convert high-energy blue light into red and green light, and comprehensively improve the color gamut coverage. Display performance such as color control accuracy, red and green color purity. Based on this, the company has developed high-consistency quantum dot color conversion color films with different pixel arrangements to further break through the technical challenges of Micro LED. 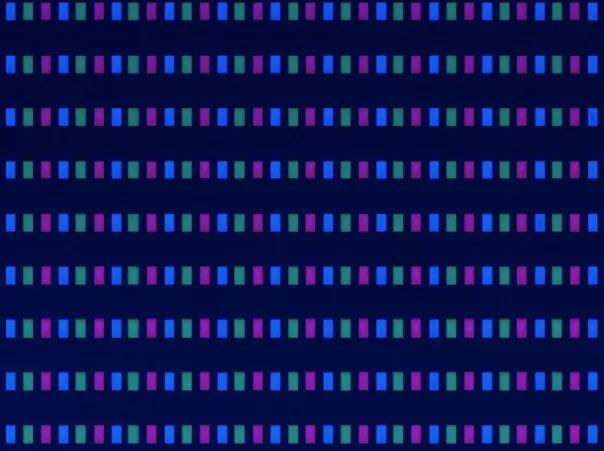 In addition, the QDCC prepared by National Star Optoelectronics combined with a high-density Micro LED blue chip array has successfully achieved high-quality LED full-color display, which is expected to be used in ultra-high-definition display fields such as smart watches, commercial displays, and large-size displays. 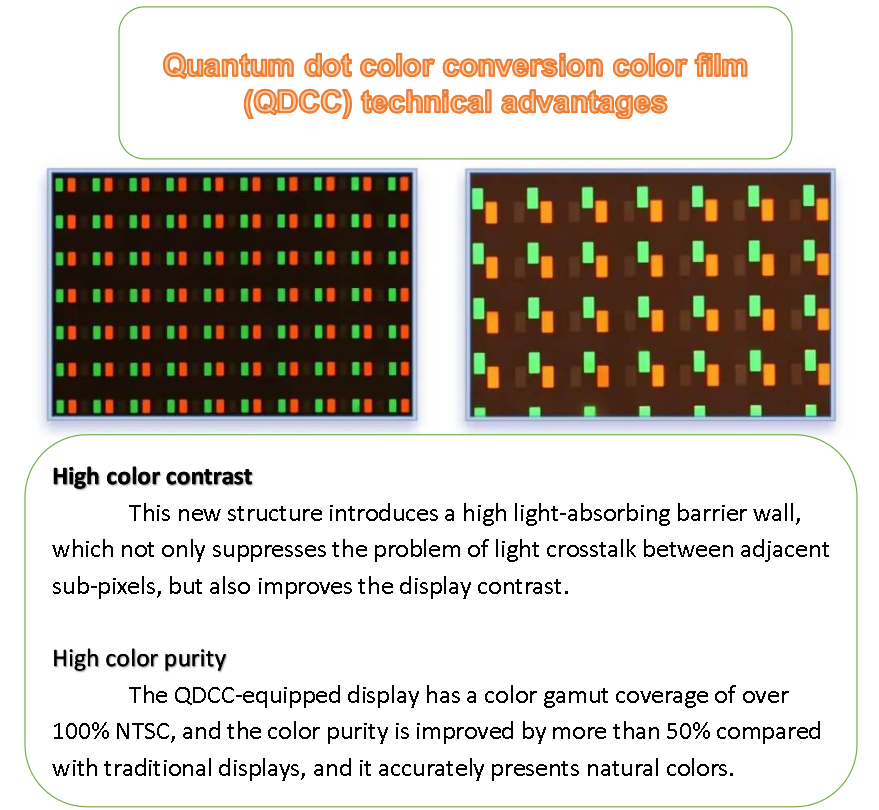 At present, the "14th Five-Year Plan" provides strong strategic support for the expansion and strengthening of my country's new display industry. At the same time, in the context of the rapid development of "5G+8K", a new round of visual revolution is gaining momentum. /Micro LED and other new display technologies at the core of the strategic pattern is accelerating formation.

As a leader in LED packaging technology, National Star Optoelectronics has been committed to overcoming Mini/Micro LED technical problems and promoting the process of Mini/Micro LED industrialization since the establishment of the Micro & Mini LED Research Center in China in 2018. At present, the company has made breakthroughs in a number of key technologies in the Micro LED field, initially formed a key process technology plan with originality, and carried out a large number of independent intellectual property rights accordingly. The newly developed high-consistency pixelated quantum dot color film preparation technology enriches and perfects the company's layout in the Micro LED ultra-high-definition display industry from the technical field and product application field, and further strengthens the company's leading edge in cutting-edge technology , To consolidate core competitiveness.

In the next step, NationStar Optoelectronics will always adhere to the innovation-driven development strategy, actively lay out new micro-display tracks, fully overcome the common technical problems of the Micro LED industry, accelerate the progress of Micro LED industrialization, and contribute to the national ultra-high-definition display industry. .