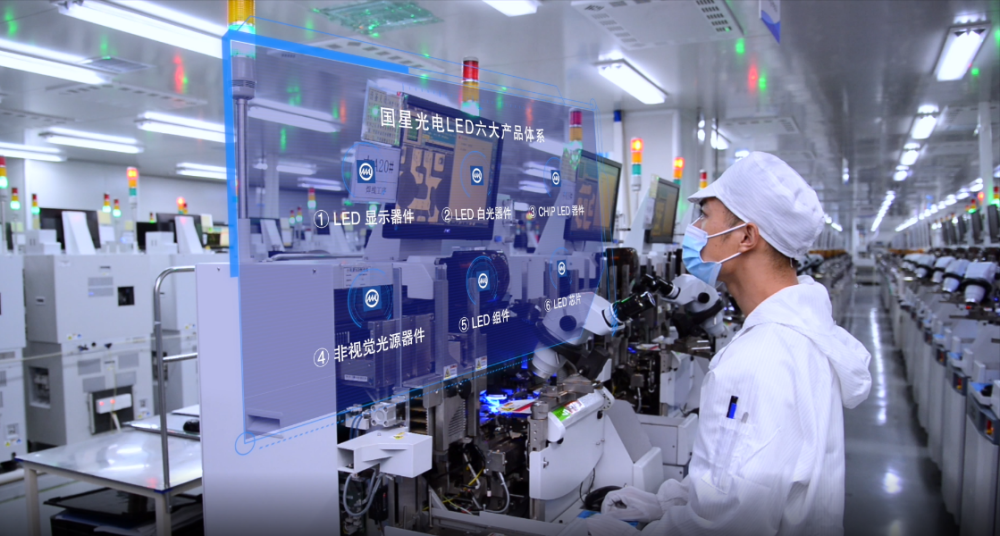 Complete the integration of the whole industry chain

Nationstar is an old LED packaging company, the predecessor of the company can be traced back to 1969. July 16, 2010, the company listed on the Shenzhen Stock Exchange's small and medium-sized board, becoming the first domestic LED-based first listed enterprises, but also one of the largest LED manufacturing enterprises.

According to IHS Markit data, in the global LED packaging field, Nationstar Optoelectronics ranked 8th in the world in terms of revenue and market share in 2018, while the 2019 China LED Chip and Packaging Industry Market Report released by LED inside shows that Nationstar Optoelectronics ranked first in the country in terms of LED display packaging output value in 2018.

At the beginning of its establishment, Nationstar mainly produced monocrystalline silicon, polysilicon and silicon epitaxial wafers, etc. In 1976, Nationstar officially put into production GaASPLED red and yellow light chips and Lamp LED device packaging, and has since then focused on the production and manufacturing of LED devices. After half a century of development, Nationstar has gradually grown into a leading global LED company.

The company is one of the few companies in the industry that has established a vertically integrated LED industry chain, consolidating the midstream packaging business while deepening the synergy between the midstream and the upstream and downstream in terms of market demand, technology and management, forming a full industry chain layout covering upstream chips, midstream packaging devices, component-based display modules and downstream lighting applications.

Long-term focus on the LED industry, China is the main beneficiary of LED production capacity transfer, and now the output value of each link is ranked first in the world.

At the same time, benefiting from the cost advantage, various favorable measures to support and strong downstream demand, China has become the main beneficiary of LED global production capacity transfer, China has now become the world's most important LED production base.

Because the MOCVD nationalization rate has rapidly increased since 2015, LED chip production capacity is rapidly released. And LED chips account for about 30%-40% of the production cost of LED beads, so the localization of equipment to promote the chip price decline effectively reduced the price of LED beads.

Just because the chip manufacturers of domestic LEDs have advantages over overseas manufacturers in terms of cost control, business models and industrial clusters, the global revenue share has increased rapidly in recent years, and as new production capacity continues to be put in place by mainland enterprises since 2017, domestic LED production capacity is expected to be fully released in the next five years.

According to GGII data, the domestic LED output value grew from 65.1 billion yuan to 598.5 billion yuan from 2008-2018, with a compound annual growth rate of 24.84%, much higher than the global average level during the same period. From the industrial chain link, China's LED industry started from the midstream and downstream packaging and application links, and gradually expanded to the upstream chip field, and all links are in a dominant position in the global LED industry chain.

And China's LED packaging segment output value reached 96 billion yuan in 2018, up 10.34% year-on-year, accounting for more than 60% of the global share. Another according to LED inside data show that in 2018, China's mainland LED chip factories achieved revenue of $2.348 billion, accounting for 67% of global revenue, compared to 2017, an increase of 6 percentage points, and is estimated to account for more than 70% in 2019.

It is worth noting that, along with the withdrawal of Korean giants from the LED lighting market in the past few years, the trend of LED production capacity transfer to mainland China is more obvious, and the industry competition is becoming increasingly fierce, accelerating the clearance of backward production capacity, leading enterprises mergers and acquisitions frequently, the industry concentration is increasing, such as the long-term focus of BOE A, TCL technology and other recent frequent acquisitions of enterprises in the industry chain. This shows that the leading manufacturers have obvious advantages in technology, cost and customers, and their market position and competitive ability are strengthened. Nationstar as the old leading enterprises, late performance worthy of market attention.